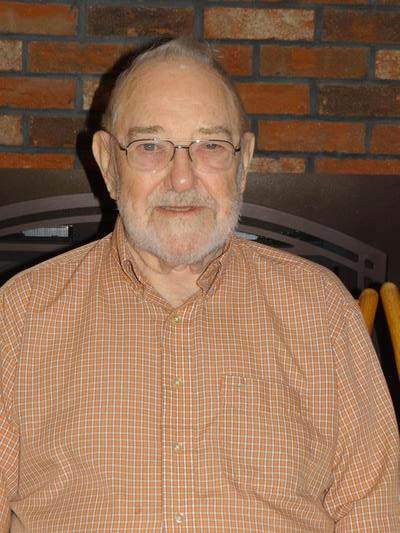 Born in the Bronx, NY on November 5, 1925, he was the son of the late Theodore Mangold Young and Alma Moersch Young.

He was predeceased by his wife, Edna M. Young, his brother Richard Young and wife Kay, his sister-in-law Doris Wondrasch and husband William along with his brother-in-law William Brereton and wife Doris.

Theodore married Edna Brereton at St. Ann’s Church, the Bronx, on Sept. 2, 1951. They were married for 46 years until her passing in 1998. Together they had a wonderful life raising their two children and spending time with their family and friends in the Bronx while enjoying summers at the Jersey shore. Theodore then spent 10 years with Doris Brereton until her passing in 2010 and they enjoyed many winters in Florida.

Theodore P Young was drafted in the US Army during World War II and served in Europe with the 42nd Rainbow Division. After his return from the Army he worked for AMOCO in NYC beginning in the mailroom and eventually working in the Purchasing Department. While busy working and raising a family he attended New York University at night, receiving his Bachelor’s degree in Business Administration graduating Cum Laude. This is one of his proudest accomplishments! He then worked for many years as Manager of Purchasing for Gibbs & Hill and upon retirement became a consultant to KEPCO for several years until he permanently retired. He and Edna moved to Queensbury to be closer to their daughter and family.

As a member of the Inwood Canoe Club, he enjoyed watching his son canoe, often trailering canoes around the country to many races where he worked as an official. Always one to stay active and involved, he became president of the Westwood Homeowners Association, and also president of the Board of the Glens Falls Senior Center and member of the Queensbury Senior Center. He also took up biking with the Seniors Group, proudly wearing his SOB (seniors on bikes) tee shirt biking into his 80’s.

Theodore P Young often mentioned what a wonderful life he had with great family and friends and he wanted us to raise a glass in his memory. He hoped that all of us would be so lucky.

Survivors include his daughter Barbara Zuccaro and her husband Richard of Queensbury; and his son John Brereton Young and his wife Karin of Fairfield, CT; and grandchildren Jennifer, Jeffrey (Rebecca), Laura (Rob DeVito), Amy Zuccaro, and Kathryn, Hallie, and Eric Young; several nieces and nephews.

A service for Theodore P Young took place at Baker Funeral Home, on Wednesday April 11 at 11 AM, with burial to follow at Pine View cemetery, Queensbury.

The family suggests that donations be made in his memory to the Greater Glens Falls Senior Citizens, 380 Glen Street, Glens Falls, NY 12801.

If any of you lacks wisdom, you should ask God, who gives generously to all without finding fault, and it will be given to you.
James 1:5
DailyVerses.net