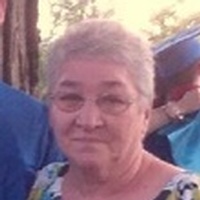 For more than 20 years, Shirley worked at Joseph’s Restaurant.

Some of her enjoyments included BINGO, watching baseball games, playing with her grandchildren and great-grandchildren, and going to Atlantic City.

In addition to her parents, Shirley was predeceased by two sisters, Helen and Pauline Baker; and three brothers, Elmer Jr., Wayne and Clarence.

A funeral service for Shirley A. Breault will follow at the funeral home at 3 p.m. with Pastor Michael Plank of First Presbyterian Church of Hudson Falls officiating.

There will be a gathering at her son, Shawn’s house in Fort Edward following the services.

The Family of Shirley A. Breault extends a sincere thank you to High Peaks Hospice, especially Nina, Kelly and Phil.

In loving memory of Shirley, donations may be made to a lung disease foundation of one’s choice.