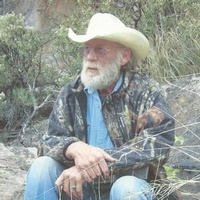 POTTERSVILLE NY — Sheridan Delbert Hammond, also known as “Pete”, passed away peacefully at his home in Pottersville, New York, Saturday, June 23, 2018. This was after an extended battle with cancer. He was cared for by his wife, Carolyn White Hammond.

Pete was born on Feb. 11, 1942 in Glens Falls, NY, and grew up in Lake George, being the eldest son of Delbert Willard Hammond and Helen (Wolfe) Hammond Brown.

He was preceded in death by both parents, a brother Phillip Hammond, and his cousin Gary Wolfe who was like a brother.

Pete is survived by his wife; his daughter, Faith Marie (Dale) Emery of Jamestown, Tenn; a granddaughter, and Domonique Marie Gaudreau of Nashua, NH. He is also survived by a grandson, Richard Daniel Gaudreau of Fryeburg, ME; an adopted son, Kevin Scott Hammond of GA; as well as five step-children, Rachel White, Clark White, Rebekah Myers, Lauralyn White, all of UT, and Justin White of OH.

Pete left the Adirondacks after high school to serve in the Army in Renton, Washington. He fell in love with the west and worked for Caterpillar Tractor as a mechanic in Phoenix, AZ after military discharge. He returned to the Adirondacks in 1966 after his father’s death. Pete left his mark with footprints from Massachusetts to Washington state, and was a member of the Operating Engineers and IBEW. There he helped to build water systems, heavy highway, construction of all kinds including the Million Dollar Beach at Lake George with his dad. He was also a very skilled carpenter building log homes, remodels in addition to other projects from New York to Idaho. In his early years he loved to race everything from dirt bikes to sprint cars.

Pete Loved the Outdoors, learning trapping at the early age of thirteen on his uncle’s dairy farm in Dorset, VT. He became well known in the industry in the Adirondacks, also living in Idaho, Washington, Alaska, Arizona, and New Mexico. Pete owned and operated H&T Trading Post Trapline Supply. He had the privilege of being the opening demonstrator at the 50th National Trappers Convention in Lima, OH. Much of Pete’s life was spent as a hunting and fishing guide, operating charter services on Lake Ontario and Flaming Gorge Reservoir in Wyoming. He guided hunts in southeast Idaho, his favorite place being Diamond Creek where he even survived a savage black bear attack while on an elk hunt.

Special thanks go to the incredible staff at the CR Wood Cancer Center. Special thanks also to Warren County Home Health, and special friends who encouraged Sheridan Delbert Hammond through the last days. Pete requested no services. The Evergreen Cemetery in Lake George will host a private burial. Donations would be welcomed on his behalf to CR Wood Cancer Center at Glens Falls Hospital, 102 Park Street, Glens Falls, NY 12801.