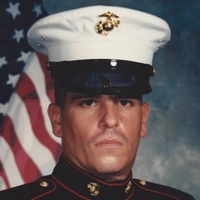 Robbie attended Queensbury High School before earning a Bachelor’s Degree in English, as well as a Master’s Degree in Education from National University with a teaching credential.

Some of his enjoyments included writing stories and poetry. He also enjoyed fishing.

There were no formal public services.

Interment with military honors will be private at the convenience of the family at Gerald B. H. Solomon Saratoga National Cemetery.