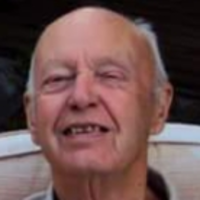 Also known as “Andy”, Rejolyn was born on January 7, 1938 in Granville, NY the son the late Leroy and Lillian (Chamberlain) Andrews.

He was a proud Army veteran serving as a cryptographer.

Rejolyn Cleve Andrews moved downstate at a young age. One of his lifetime highlights was performing on horseback at Madison Square Garden during his teen years. He was a graduate of Arlington High School in Lagrangeville, NY where he was a former track star. He began a career as a corrections officer for the NYS Department of Corrections at Green Haven and later transferred to Great Meadow Correctional Facility.

Rejolyn Cleve Andrews and his wife, Jean purchased a home in North Granville in the late 60’s and raised their family there. Andy’s love of horses extended into his adult years where he shared it with his children. They were frequently at Pond Hill where he helped in the stables as well as rodeos. Andy was also a lifetime member of the Lions Club.

Andy was predeceased by his parents, a son Keith and sisters Carolyn and Gwendolyn. Left to cherish his memory is his wife Jean ((Detling) and his children Melissa Andrews and companion Carlton Bradley of Keeseville, NY, and Priscilla Constantine and her husband Craig of Granville, and an adopted daughter Martha Atwood and her partner Carole of Putnam. Andy was also blessed with ten grandchildren: Beverly, Patrick, Zane, Heather (Craig), Amanda (Carl), Ashley (Elmer), Brice, Craig Jr. (Regina), Amber (Zack) and Wyatt in addition to his great grandchildren Kobe, Korrie, Elijah, Malachi, Rosalie, Lucas, Reigan, Craig III, Zachary and Carson along with soon to be born Declan.

No funeral services at this time, per Andy’s wishes. Make Online Condolences at robertmkingfuneralhome.com.