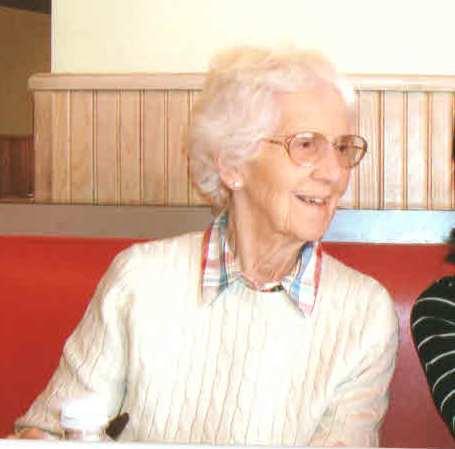 Orpha E. Crosier, 86, a resident of Main Street, Greenwich NY, passed away peacefully after a long struggle with Parkinson’s disease, Wednesday, July 8, 2015 at her residence surrounded by her loving family.

Born April 25, 1929 in Argyle, NY she was the daughter of the late Douw and Mabel Linendoll.

Mrs. Crosier grew up in Hebron and graduated from the Salem Washington Academy in 1946 and later Mildred Elley with an Associate’s Degree. She married the love of her life, Joseph Crosier on Dec, 20, 1947 and moved to Greenwich where they were happily married for 60 years. Orpha was a devoted mother, grandmother and great grandmother, she loved her home as well as the Greenwich community.

She was a member of the Centenary United Methodist Church and worked for S&T Paper in Greenwich for many years. Orpha enjoyed reading, crossword puzzles, soap operas and watching Jeopardy. She especially enjoyed time spent with her family during holiday gatherings.

In addition to her parents she was predeceased by her brothers, Albert, Floyd and William; and sisters, Mildred Stewart and Irene Gilbar.

Friends called from 12 to 2 prior to the service.

The family would like to thank Orpha’s devoted caregivers who made it possible for her to stay in her home, Ericka, Marcella, Linda, Jamie and Debra Hunt of Peg’s Angels as well as her next door neighbor Bill Towne.