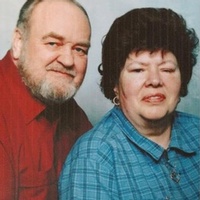 ARGYLE NY — Michael P Rafferty, 77, passed away Tuesday, May 1, 2018 with loved ones by his side after a brief illness.

Born February 20, 1941 in Albany, he was the son of Arthur Kiffin and Eleanor Teresa (Sweeney) Rafferty.

Mike attended High School and received his GED through the United States Armed Forces Institute in Japan in 1959. He took an Automotive Maintenance Helper Course in 1959 and was a dog handler in the Army from 1958 until he finished his active duty in 1962. He served in the Reserves for the next two years, being honorably discharged in November, 1964. Finally, Mike enlisted in the United States National Guard, serving until 1990.

Most recently, Mike worked at Rite Aid in Queensbury as a prescription deliverer. He was also a custodian and a school bus driver for Lake George Central Schools, as well as the manager of Mr. B’s Sub Shop in Lake George.

Some of his enjoyments included being an avid reader of western novels, meeting friends for coffee and chit-chatting, harassing the girls at The Golden Corral, and Grampa’s Taxi Service.

He was an “honorary” member of the Argyle Fire Department, and was a dedicated volunteer for the fire department’s Chicken Booth. He was also a member of the Lake George American Legion Post 374.

In addition to his parents, Michael was predeceased by his wife, Marilyn; sister, Marcia Barbagallo; and a son-in-law, Ryan Stadler.

Those left to cherish his memory are his children, Colleen Steidle and her husband, Ray, and Lyn Stadler, all of Argyle; grandchildren, Joseph and his wife, Marissa Dowd, Julia, Jaclyn, and Jessica Steidle, Megan Steidle whom he loved like a granddaughter, and Leah Stadler, all of Argyle; sisters, Eleanor Weingarden, Tracy (Shawn) Hanley, Kathleen Ashline, and Mary Ryan; brothers, Arthur Rafferty (Delores Meineker), Brian Rafferty (Kathy Lee); many nieces, nephews, and his adopted pet cat, Ocelot.

A memorial service for Michael P Rafferty took place Saturday, May 5 at 11 a.m. at Argyle Presbyterian Church, 48 Main St., Argyle, NY 12809, with the Rev. Stephen McLean, pastor, officiating. A luncheon followed the service at the church.

A graveside service with military honors is being held Monday, May 7 at 10 a.m. at Pine View Cemetery in Queensbury.

Condolences and floral arrangements may be sent directly to Baker Funeral Home, 11 Lafayette St., Queensbury, NY 12804, or through www.bakerfuneralhome.com.