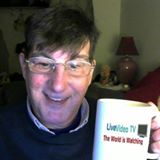 of Baltimore Maryland, 63, passed away on July 5, 2017 in Honolulu, Hawaii. Kenneth M Glover was the son of the late David and Edith (Marinelli) Glover; stepson of the late Ruth M. Glover; beloved brother of Raymond D. Glover and his wife Diane; stepsister of Pamela McGill and her husband Charles; adored uncle of Benjamin, Frank and Alexandra Glover; cherished nephew of Helen Watts. A graveside service held on September 16, at 10:30 a.m. happened at the Gardens of Faith Memorial Gardens, 5598 Trumps Mill Road, Baltimore, MD 21206. Furthermore, a wake followed at Libertore’s Ristorante, 5005 Honeygo Center Drive, Perry Hall, MD 21128. Also, Family and friends were invited to the service and wake.