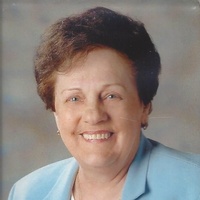 GLENS FALLS NY — Jarmilla Maria Eddy, 82, of Glens Falls, passed away peacefully, Sunday, May 13, 2018 at Glens Falls Hospital with her loving family by her side.

Born June 22, 1935 in Hodonin, Czech Republic, to the late Franz and Anna Zach. At 9 years old her family left the Czech Republic and relocated to Guthersbuhl, West Germany. Jarmilla lived there until she met her first husband, Raymond, who was stationed at Herzo base, West Germany. They were married in 1957 and they came to the USA with their daughter, Evelyn. In 1981, she remarried Allan J. Eddy, Sr., whom passed in 2007. Jarmilla had been employed at the Heidleberg, and later on she did private duty home care.

She enjoyed spending time with family, especially her trips back to Germany with her daughter and granddaughters, cooking and shopping trips to Albany.

Jarmilla Maria (Zach) Eddy will be remembered as a selfless wife, mother, and Oma. She would sacrifice her own needs for her family. She had a true heart of gold.

In addition to her parents and husband, she was predeceased by her son, Dieter Zach, sister, Anne Killian, and brother-in-law, Georg Killian.

Survivors include her daughter and best friend, Evelyn Barlow and her companion, Donald Howard II; granddaughters, her angel, Shawna Russell and her husband, Josh, and Diedra Barlow of Seattle; great grandchildren, Schyler Russell and his companion, Jana Depalo, Kenadie and Elyse Russell; her step-children whom she cared for like her own, Allan Eddy Jr. (Lori), Bryan Eddy (Diane), Janice Harvey (David); in Germany she is survived by her son, Hans Jurgen Zach (Inge); grandchildren, Marcus and Nicole Zach; brother, Franz Zach (Erna); her special niece and god child, Heike Killian in addition to several nieces, nephews, step-grandchildren, many dear friends throughout the years, and her beloved cat, Sammie.

Per Jarmilla’s request there will be no calling hours.

The family thanks the staff at Fort Hudson Nursing Home as well as Pat Ellement, PA, Dr. Kaylar. Furthermore, the Glens Falls Hospital 3W nurses, Loren, Laurie, and Kristin, and the doctors provided much care, kindness, and extreme compassion.

Condolences for Jarmilla Maria Eddy may be sent directly to Baker Funeral Home, 11 Lafayette St., Queensbury, NY 12804 or through bakerfuneralhome.com.