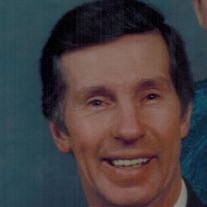 Salem, NY-Floyd D. Linendoll, Jr., 76, of Salem, passed away unexpectedly on Wednesday morning, September 24, 2014, at Albany Medical Center.
Born June 23, 1938 in Salem, he is the son of Emma Chadwick Linendoll of Schenectady and the late Floyd D. Linendoll, Sr. Floyd was a 1956 graduate of Salem Central School and worked for Don Hanks Dairy Farm in Salem. He then went to work for the Salem Farm Supply as a truck driver where he traveled over 3 million miles. He then became a salesman and retired after 38 years of service. After he retired, Floyd worked for Salem Hardware for 13 years.
Floyd was a member of the Salem United Methodist Church where he served as a Trustee for many years and was also active in many church activities. He was involved with the Cub Scouts Pack 61 in Salem and also Little League baseball.
Floyd was a 52 year member of the Salem Vol. Fire Dept. where he served as Grand Marshall of the 2012 and 2013 parades. He was also a Charter Member of the Salem Rescue Squad.
He was an avid hunter, loved trucking, tractor pulls and International Harvestor tractors. If you ever needed to know directions to somewhere, Floyd knew exactly where you were talking about, and how many farms were on the route to get you there. He was well known for waving to everyone he met and always had a big smile.

Relatives and friends called on Monday, September 29, 2014 from 4-7 pm at the McClellan-Gariepy Funeral Home, 19 East Broadway, Salem. Funeral services were on Tuesday, September 30, 2014 at 10:00 am at the Salem United Methodist Church, 29 West Broadway, Salem with Rev. Debbie Earthrowl, Pastor officiating. Interment followed at the Rupert Cemetery, Rupert, VT. Following the services, Floyd’s family invited everyone to join them at the fellowship hall of the church for light refreshments and to continue to share memories.
Those who wish to remember Floyd in a special way can make memorial contributions to the Salem Fire Dept., P.O. Box 449, Salem, NY 12865 or the Salem Rescue Squad, P.O. Box 360, Salem, NY 12865.
[responsivevoice_button voice=”UK English Female” buttontext=”Listen to Obituary”]