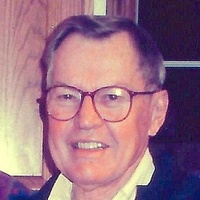 Dr. Saunders was born in Lynn, Massachusetts on February 20, 1924, one of three sons of the late Henry P. and Gladys Hodges Saunders.  He served in the U.S. Navy from 1943 to 1946.  On September 12, 1947, he married Patricia Sim, and he studied at Columbia University and University of Pennsylvania Dental School.  He practiced dentistry in Orange, Connecticut for more than forty years before moving to Glens Falls, New York.  Herb was a Mason, and he made many friends though his interest in buying and restoring antique furniture.

A memorial service follows at noon at the funeral home, with the Rev. Meredith Vanderminden, pastor of Christ Church United Methodist, officiating.

Interment is at the Orange Cemetery in Connecticut at a later time.

Herb’s family would like to thank the staff members of Hudson Headwaters Health Network, the Moreau Home of the Good Shepherd, in addition to the Moreau Emergency Squad for their kind and patient care for Herb in his later years.