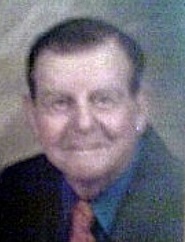 Mr. Glover was born and raised in Owings Mills, Maryland. He cut short his Baltimore County public school education to help support his family. He enlisted in the Army in 1941 and served in Europe with an armored infantry unit as a gunner and tank driver.

“Walking General Patton’s dog was one of his favorite stories,” said a son, Raymond G. Glover of Reisterstown.

“It was a rainy night in France, and while he was standing guard, General Patton asked him to walk his dog Willie. He told him he couldn’t because he was on guard duty, and after a few expletives, General Patton said, `You walk the dog and I’ll stand post,'” the son said.

Mr. Glover returned to Baltimore after the war and was a construction supervisor for 20 years for Jack Meyerhoff Co. He later worked for Elmer Arminger Construction Co. and retired in 1981 from Triangle Construction Co.

A longtime Northwood resident who moved to Cockeysville in 1997, he was an active member of St. John’s of Hamilton United Methodist Church, where he was given the nickname of “Peanut Man,” for his peanut brittle. “Everyone loved his peanut brittle, which he made for church bazaars and fundraisers,” his son said.

Mr. Glover had been a Meals on Wheels volunteer and a longtime member of the Parkville American Legion post. He enjoyed car trips and had visited all of the 48 contiguous states, family members said.