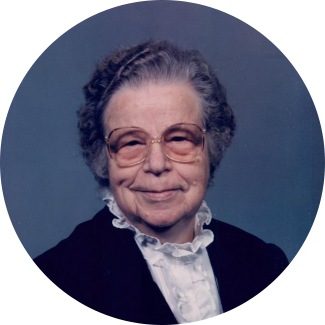 Parkesburg — Anna (Ann) Victoria (Summers) Hart, 99, died on November 4, 2017 at her home following a period of declining health.  Ann was born on April 20, 1918 to Amos and Catherine (Brown) Summers in Homeville, PA.  The fifth of twelve children, she was otherwise known as Anna V Hart.

“Ann would like to let you know that her work here is done. She received a call, an offer you can’t refuse, for an appointment from which she will not be returning. This assignment comes with a huge sign-on bonus, a reunion with family and friends she has not seen in a long time. Her new mission takes her to a wonderful place where she will be socializing, gardening, knitting and reading to her heart’s content. Music, laughter and love are guaranteed. Food is delicious and you never gain an ounce. She left detailed instructions for her children to celebrate her mission here, which has now been completed. Low adherence to this instruction will not be tolerated.”

After graduating salutatorian from Downingtown High School in 1936, Anna attended West Chester State Teacher’s College, graduating in 1940 with a bachelor’s degree in Mathematics. She met her husband, Stewart Hart, through mutual acquaintances and they were married in 1943 at the Downingtown Methodist Church. Mrs. Hart taught at various schools throughout Chester County during her teaching career including Midvale in South Coatesville, Unionville Elementary School, East Fallowfield Elementary school, in addition to various schools in the Octorara Area School system, where she retired in 1980.

The deceased, Anna V Hart,  was very active in the Parkesburg Baptist Church for many years.  Ann volunteered for Red Cross blood drives at the church as well as Chester County Meals on Wheels. She was an avid knitter and made sweaters for every grandchild as well as blankets and sweaters that she donated to charity.  Mrs. Hart also loved gardening and only recently stopped maintaining her own backyard garden.  As an active member of the Chris-Penn Chapter No. 455 Order of the Eastern Star, Anna was Worthy Matron from 1977-1978 and 1984-1985.  For many years she hosted a spaghetti dinner at her home for extended family with attendance some years exceeding 50.

In conclusion, a funeral service held at the Wilde Funeral Home in Parkesburg, Pa. on November 9, 2017 at 2:00 PM was followed by a burial ceremony at Hephzibah Baptist Cemetery.  The viewing was from 1 until 2 PM.  A reception at the Parkesburg Baptist Church immediately followed the graveside service. Make Donations, in lieu of flowers, to the Alzheimer’s Association.

Online condolences can be posted at www.wildefuneralhome.com

If any of you lacks wisdom, you should ask God, who gives generously to all without finding fault, and it will be given to you.
James 1:5
DailyVerses.net